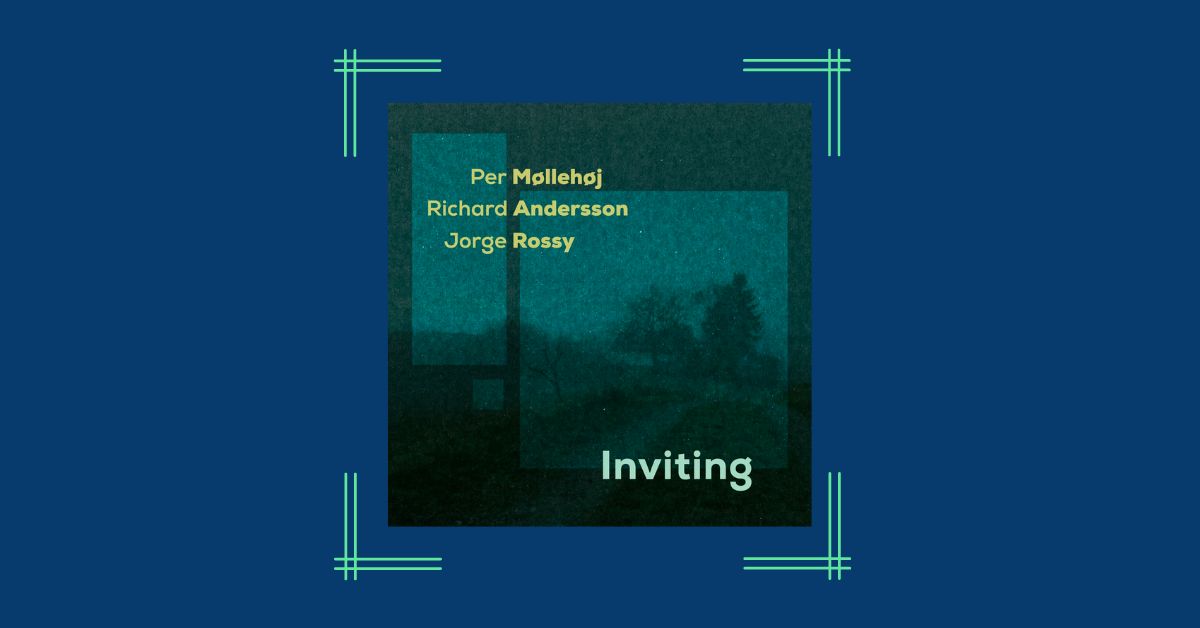 With ‘Inviting’ you have three very talented musicians taking on the Great American Songbook.  They wrote four of the selections themselves but, no matter, you could mistake those for a bit more modern version of a standard.

Per Møllehøj works with a hollow body electric guitar but he plays it differently than a lot of guitarists.  He doesn’t use reverb like, say,  Pat Metheny. When he plays rhythm he’s very muted, almost like an acoustic guitar. He’s a very good player but he’s not a showoff!

Richard Andersson, based in Denmark, has a warm, full bodied, woodsy sound on bass.  He attended the Manhattan School of Music in New York plus two music schools in Denmark.  He’s released several records as bandleader with Danish and International musicians.

Jorge Rossy is one of the best drummers working today.  He’s recorded quite a few albums as leader.  He’s played with some of the best jazz artists from around the world.

I think it takes guts to take on a hackneyed standard like ‘My Melancholy Baby.’

Per Møllehøj plays the melody line and then twists it a bit so you almost lose the melody. The bass and guitar keep bringing glimpses of the original song back.

Rossy’s light touch on cymbals and snare add an intriguing counterpoint.  This beat up old standard in the hands of this trio might be the most interesting piece on the record.

I watched a YouTube video of George Shearing playing his tune ‘Conception’ with Chuck Wayne on guitar.  It’s a lightning fast bebop tune with descending chord progressions. ‘Conception’ is slowed down to mid tempo with Per Møllehøj playing Shearing’s piano part rather than Wayne’s bebop licks.

I guess you wouldn’t classify ‘Cyclic Episode’ by Sam Rivers as being part of the Great American Songbook but the way these three guys play it it sounds like it could be.

This is a lovely record that would be perfect background at a cocktail party.  Every song is played at mid tempo.  Two songs are closer to ballads.  Jorge Rossy’s brilliant throughout but he’s almost wasted.  There are no fireworks; from anyone.