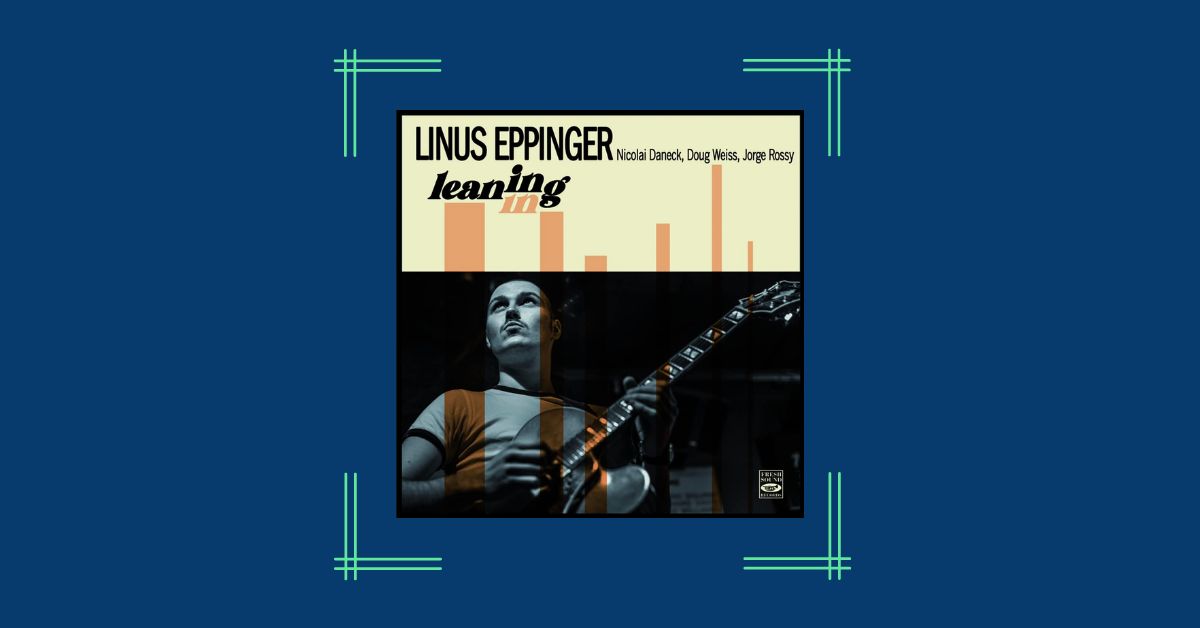 Linus doesn’t play like Chet but Linus’s guitar, a hollow body archtop, looked like something Chet played and there’s nothing “country” about Linus’s playing but he’s got this relaxed laidback feel that both Chet and Jim Hall had.

This is Linus’s first recording as a leader.  The quartet is made up of Jorge Rossy on drums, Doug Weiss on bass, and Nicolai Daneck on piano.

The band sound like they’ve been playing together forever.  Both Rossy and Weiss have been around for a while playing with some of the biggest names in European and American jazz.

Nicolai Daneck is a young piano player who really impressed me on this recording.

Five of the eight tunes are penned by Linus.

If I had to pick a favorite I’d go with “Deedy Dede.”  This mostly European group make this sound like a classic Blue Note recording from the 60’s.

Rossy and Weiss lay down this beautiful mesh of a sound that both Nicolai and Linus sound more than happy playing on top of.

Jorge Rossy can play with a feather like touch or he can sound like a hurricane coming through.  He reminded me of Art Blakey on this tune.

On another original, “Chippin’ with Bill,” Nicolai Daneck and Linus are on the same wavelength; Linus playing his single note runs handing a phrase off to Nicolai to finish.

Thelonious Monk loved to use jagged descending lines and there’s a bit of that here.

“On the Street Where You Live” is a beautiful standard and Linus pretty much sticks to the melody.

I didn’t like this as much as I did the Linus originals.  Another standard, “Sitting on top of the world,” is an old country blues song.

Linus plays beautiful blues guitar bending notes and playing behind the beat a bit.  Nicolai’s piano is a little tentative but it’ still a nice blues groove.

Do I hear a little Red Garland there?

Someone said Linus sounds a bit like Wes Montgomery.  They’ve got the same beautiful tone but I don’t hear Linus’s single note runs as much in Wes’s playing.

Whenever you hear a new player it’s normal to say, “He sounds like…”

I think when  new guitar players start to come on the scene we’re going to hear, “Hey… he sounds like Linus Eppinger!”

This is a great CD.  I look forward to hearing more from Linus.

Listen and buy the album from Fresh Sound New Talent