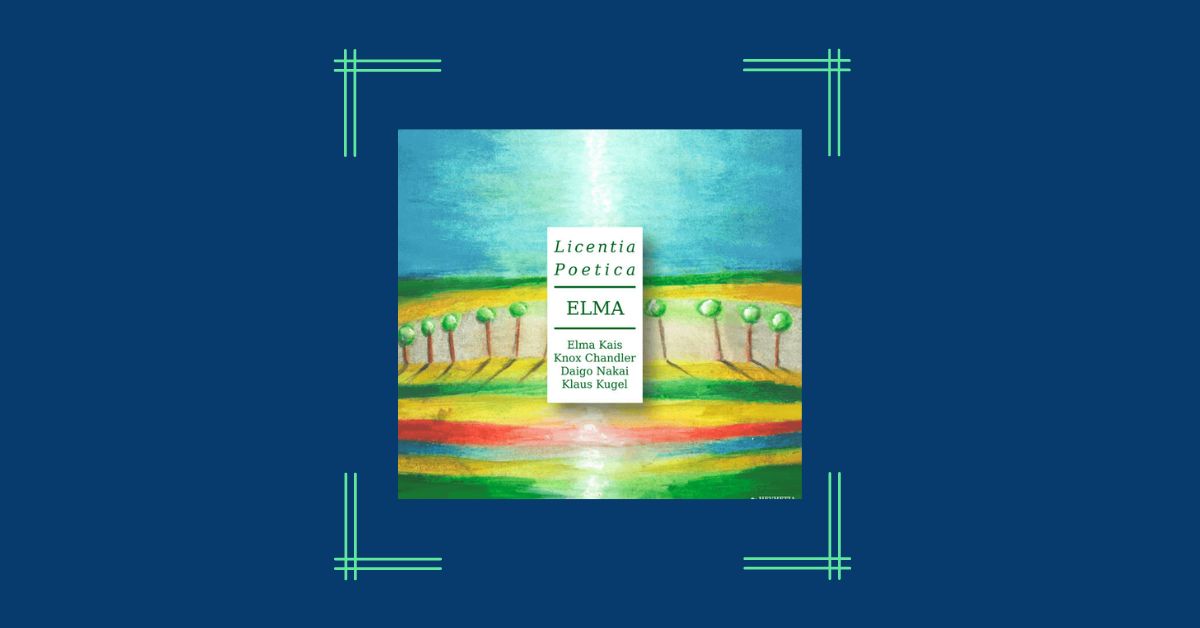 For six years we have been waiting for new recordings from Elma. After two well-received and widely acclaimed albums – “Hic et nunc” and “Ad rem” – the singer returns with a new project and a few unforeseen surprises.

ELMA is this time the “trademark” of the entire quartet, formally linking the release with the previous albums and with the singer Elma Kais.

In the album we can also hear the international squad of Berlin residents. The drums were played by free jazz and improvisation scene veteran Klaus Kugel.

The youngest member of the band is Daigo Nakai from Japan, who plays the bass. Both of the above mentioned musicians have previously collaborated with another member of the quartet’s, guitarist Knox Chandler.

At this point, it is worth stopping for a moment and observing the artistic CV of Knox.

Among the artists with whom he collaborated, we can find Depeche Mode, R.E.M., Siouxsie and the Banshees, Cyndi Lauper, etc.

This musician, who has been living in the German capital since 2012, has also taken part in Mars Williams’ project “Albert Ayler Christmas”.

“Licentia Poetica” is a live recording of the 2020 concert that took place as part of the Gdańskie Noce Jazsowe festival.

An interesting fact is that all the sounds characteristic of the concerts, such as announcements, reactions of the audience – have been muted. At “Licentia Poetica” we deal only with music.

Note by the way: I don’t know what it looked like at the concert, but the music drew me in and hypnotized me immediately.

If in an imaginary world I were to go back in time to sit in complete silence in the audience, soaking up the forty-two-minute long musical history – I think I would remain in delighted bewilderment for a long while after the last sounds have faded out.

On the cover we can see thirteen separate tracks.

However, this division is quite conventional. The concert story flows smoothly from one part to the other.

The titles of the individual parts are of considerable importance: Latin words form an Ovid’s sentence.

What the Roman poet created two thousand years ago has become a timeless, concise and beautiful description of the music that we can hear on “Licentia Poetica”.

And at the same time – looking at the other side – “Licentia Poetica” is a proof of the accuracy of Ovid’s words perfectly carried out by the quartet.

I will not elaborate on the relationship between the album and the quoted poetic text here.

This is because Howard Mandel (President of the Jazz Journalists Association) has already done this brilliantly in his essay on the inside cover.

The cover itself also attracts attention with Ola Leśnik’s drawings. Ola, an artist on the autism spectrum, does not speak, but expresses herself and communicates with the world through her art.

“Licentia Poetica” is a complete project. Thoughtful in every way. Everything here harmonizes and connects perfectly. Outstanding music and a wonderful accompanying setting. You need to know it.

Listen and buy the album on Bandcamp.

Find other reviews on our home page.

Kyzysztof is the founder of the Donos Kulturalny blog, but also writes for major magazines, publications and radio including jazzpress.pl (where he is the online editor), JazzPRESS, jazzin.pl, Kino Jazz and Radio Jazz FM.