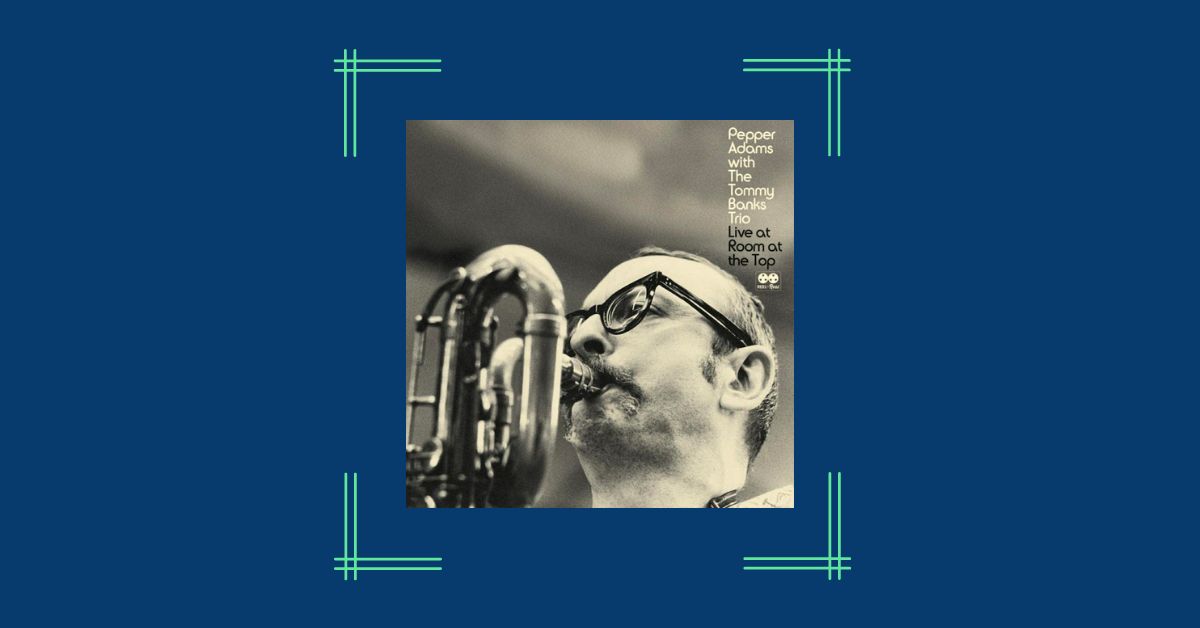 “Live From The Room At The Top” is Pepper Adams’ live album filling the blank period in 1972, an album that has remained unpublished and archived at the University of Alberta, Canada.

Adams, who was a founding member of the Thad Jones/Mel Lewis Orchestra formed in 1965, had not recorded an album under his name in the time span from “Encounter” in 1968 until the album “Ephemera” (recorded in London) during the same orchestra’s European tour in 1973.

Adams, 41 years old at the time, who continuously featured in the low-register baritone sax role with top-class large orchestras in the United States, formed the Tommy Banks trio and delivered a great performance initiated by a long saxophone solo from the opening song “Three And One” composed by Thad. It turns out that he was playing powerfully his own composition “Patrice” one year before his studio recording of “Ephemera”. This album is a live recorded jazz quartet masterpiece, followed by “Julian” in 1975.

Buy and listen to the album on Bandcamp.
Learn more about Pepper Adams here.