The Watershed: The Irony of Indie Jazz 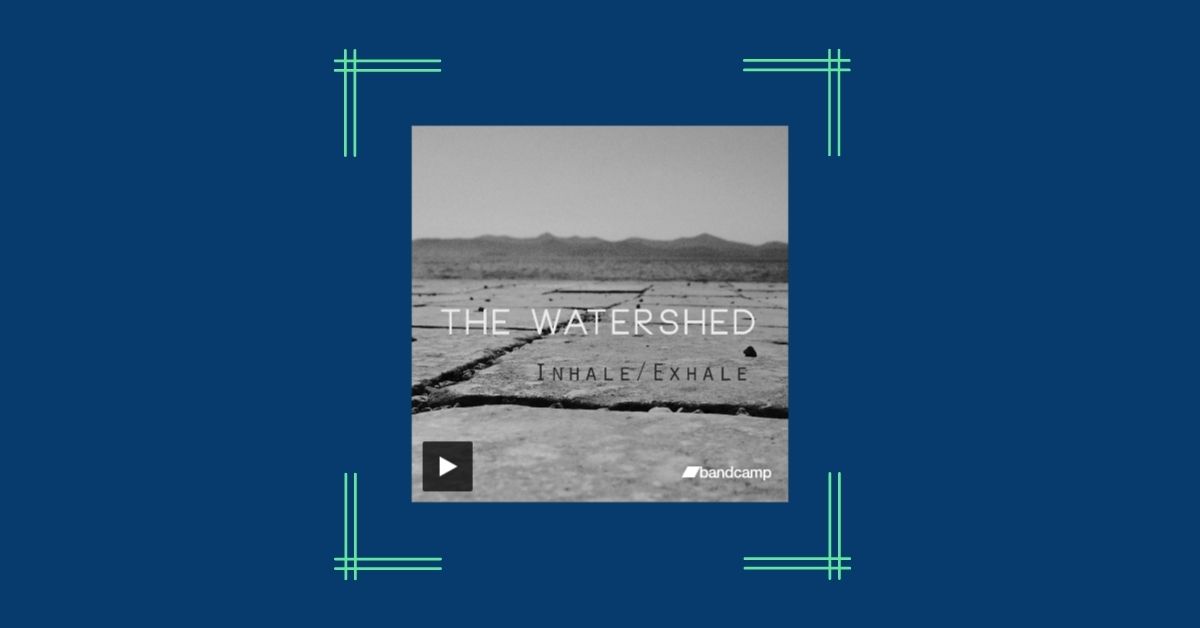 To begin with, I must say that I was very afraid to review an album that had the term “indie jazz” in its bio, since there is already a lot of confusion with the term ‘indie’ and it is very difficult to communicate what one could be referring to.

Historically, the word indie means “independent” and refers to any artistic project that is carried out without the support of a large company.

Indie rock is so ambiguous and so contradictory (many indie rock bands are very famous and have signed with major record labels), that it is difficult to arrive at a definition that does not end up being questionable.

However, I dared to immerse myself in the Inhale/Exhale journey of The Watershed, the French jazz dream team, and I think I learned a couple of things.

I will tell you my impressions piece by piece and I will finish with notes of what I have come to understand.

01 The chaos of the White Stripes in a duet of guitar and drums, with a shrillness comparable to the friction of the saxophone and the Fender Rhodes, allow a paradise of stories to open up from the first track of the album.

02 The second piece, Diana, leans more towards European jazz, with traces of metallic sounds that move against the direction of the sonic flow of the saxophone and piano.

There are a large number of subtle intricacies that almost go unnoticed. The gray color of European jazz is nuanced with extravagant textures that come from other dimensions, but coexist in the same sound world.

03 Peter Hot Father, is a piece characterized by a looser rhythm and saxophone sighs, it rises little by little with psychedelic effects.

Without knowing how we got there, a more prominent groove appears with the guitar which suddenly becomes the protagonist.

The rhythm begins to adorn itself with harmonies: the canvas becomes more and more stained. The “Whitestraipean” rhythm emanates energy underneath the acid guitar played by Pierre Perchaud, more belonging to the world of psychedelic rock, but with some delays that give the impression of being suspended, slowly gaining more energy.

Psychedelic rock and indie rock begin to fuse. The rhythm returns to its calm and a blues appears. Psychedelia is now embraced by a jazz voice: that of Christophe Panzani.

04 The softness of the past theme prepares us for Pas de deux, which paints extremely slow impressionist timbres with Tony Paeleman’s Fender Rhodes: the liquid sensation of dreaminess lasts two minutes that seem like an eternity.

You see a pas de deux from the 18th century ballet, interpreted by modern sounds and developed within a freer structure.

05 With the track Inhale/Exhale you feel like you’re in your high school friends’ garage, until you become aware of Karl Jannuska’s syncopated drum progressions and the chaotic piano in the background.

A crescendo leads to a hiss of raucousness. And then, a guitar that reminds you of first loves; I dare to think that there are neo-Pink Floyd tints here, as it reminds me of the dark sweetness of the Music from the Film ‘More’ album.

06 DarkWater. The “oneirism” closest to the nightmare. The heavy feet of melancholy in a very slow rhythm… and the whistle returns.

07 Later, Bright Sun, sounds exactly like its name: it is a composition full of bright colors that jump together in a playful atmosphere. Each instrument conveys its personality in a conversation full of freshness and, perhaps, adolescence.

08 HKJ is more like a little rhythmic bridge that announces the change of sleep.

And here the first thing you feel is steam from the classical music of the 20th century, adorned with an impressionist piano that is radiant in the darkness of the sleepwalker.

The beauty of this short piece screams a digression of concepts: a “serious” piece that lasts two minutes.

10 And then, Fat Boom. It would seem to me an ode to Pink Floyd’s Ummagumma. It is also one of my favorite pieces from Inhale/Exhale, because of the challenge of the speed and clarity of the countrapunctual figures.

The Watershed’s rock changes decades at all times, resulting in a new concept that also embraces jazz idioms.

Sometimes the guitar provides a 70’s darkness reminiscent of Black Sabbath, coexisting with a drum solo that could well belong to bebop.

The admirable thing is that as dramatic as the mixture of eras and genres is, the result is so organic that it ends up becoming something else.

11 A little piano that jazzes so slowly and alone, is the sound of The Running Water.

Little by little, the synthesized sounds enter, generating a foggy spectrum, painted by sporadic brushstrokes of the guitar, the piano and the drums. There is a free jazz influence present.

12 Vermilion Sky is the happy ending of this movie called Inhale/Exhale.

In summary, to go back to the first comments, the couple of things I understood: 1. Indie jazz exists. 2. The indie jazz of The Watershed embraces the rock influence that it provoked during each of its evolutions.

From psychedelic rock, through garage rock, and even to the White Stripes, all this is interspersed in layers or jazz progressions.

Inclusions of figures that allude to the classical music of modernism do not prevent them from making an ode to other great moments of music that can go hand in hand, however random they may seem, such as ballet.

These wide-reaching influences make the appearance of the genres imperceptible and, at the same time, allows a new one to awaken.