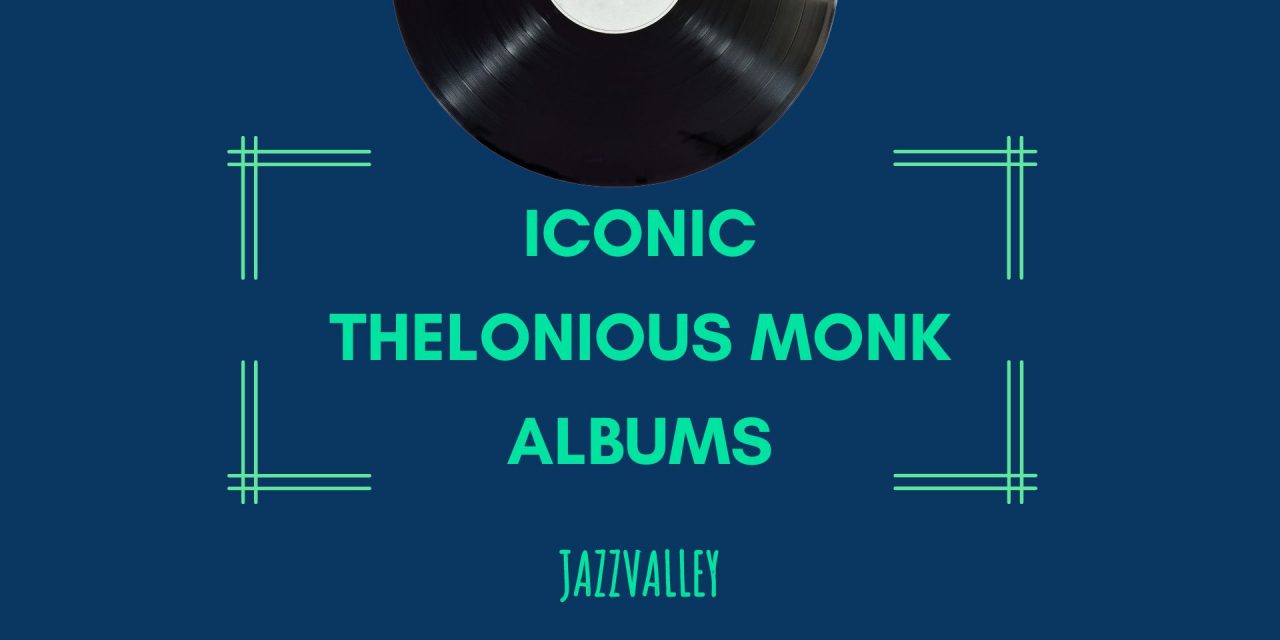 Thelonious Sphere Monk was one of the giants of modern jazz, but throughout his career he was often misunderstood.

His piano playing technique was highly unusual and, as a composer, his tunes would often find success performed by other musicians.

Undeterred, Monk would continue on his own path, stubbornly refusing to compromise and saying “I say play your own way. Play your own way and let the public catch up on what you’re doing, even if it does take them 10 or 15 years.”

Here is perhaps one of the cornerstones of modern jazz.

It’s Monk’s earliest studio sessions recorded for Blue Note and captures the first maturity of his work as a composer.

His unmistakable touch at the piano is already established, and his writing shows the unusual structure and use of chords that gave others such a difficult time in playing and interpreting Monk’s music.

This is Monk’s first recording in a somewhat brief tenure with Prestige, and an absolute classic to boot.

Here we get chance to sample the first recorded versions of ‘Bemsha Swing’ and Blue Monk’, and the pianist working with one of the best jazz drummers ever to play his music, Art Blakey.

At first an unlikely partner, Blakey had an instinctive grasp of what Monk required in a drummer and did not fail to deliver. Great to hear the pianist in a format that places him firmly front and centre.

An undisputed masterpiece, but one that is not without its flaws.

The session was not all smooth running though as the band were unable to complete a single satisfactory take of ‘Brilliant Corners’ and the issued version is an edited piece from multiple takes.

As the title would suggest, this is ostensibly a solo Monk recording.

The exception is a marvellous reading of ‘Monk’s Mood’ with John Coltrane and bassist Wilbur Ware.

The solo pieces capture Monk at a pivotal point; after the excellence of the trio recordings for Riverside, and the exceptional Brilliant Corners, this is Monk laid bare and laying down some definitive of his own ‘Round Midnight’ and the seldom heard ‘Functional’ along with some standards.

An unlikely pairing, but John Coltrane had long held a fascination for Monk’s music and when Miles Davis fired his saxophonist for his spiralling drug addiction, Monk offered ‘Trane work.

The saxophonist has recalled how he would go round to Monk’s house, sometimes getting him out of bed, and the pianist showing him his tunes by playing them.

The saxophonist learned well, if as he says “sometimes we would only learn one tune a day”.

The album is made up of several sessions recorded in 1957, but was not released until four years later, by which time Coltrane’s star was in its ascendency.

Not to be confused with the studio compilation above, this is a live performance of Monk’s quartet of the time recorded on 29 November 1957.

The tapes remained unheard and buried in the vaults of the Library of Congress until 2005.

The recording has been lovingly restored by Michael Cuscana and Monk’s son, T. S. Monk and released on Blue Note.

This superb recording is as valuable in showing Coltrane’s development as it is as highlighting Thelonious at an important point in his career.

This is another of Thelonious Monk’s occasional forays into solo piano recordings and one of his very best.

Recorded in Fugazi Hall, San Francisco, over two sessions, the pianist explores some of his by-now well known compositions and a smattering of standards.

It’s interesting to hear how Monk deals with ‘Ruby My Dear’ and ‘Pannonica’; and most interesting are two improvised pieces ‘Round Lights’ and ‘Blue Hawk’ that are not developed further or documented on any other release by the pianist.

Live At The It Club

By the time of this live recording from San Francisco the partnership of Monk and saxophonist Charlie Rouse was firmly established if not always the most comfortable.

If some of Monk’s finest work was recorded as a trio or solo, the pianist was also adept at choosing his saxophone players well. Not always obvious choices, John Coltrane, Johnny Griffiths both served him well, but Charlie Rouse served the longest with an eleven year tenure.

Not a virtuoso saxophonist, Rouse was a more than competent foil for Monk, and if the pianist could occasionally be accused of resting on his laurels, Rouse often had something interesting to say.

A wonderful performance from a working quartet who must have performed this material in countless gigs.

We say it often, but this list really does only scratch the surface! We’d highly recommend heading over to your preferred music platform or store and diving deeper into the unique Thelonious Monk repertoire.

Looking for more keys? Head over to our round up of some of the best jazz pianists of all time…