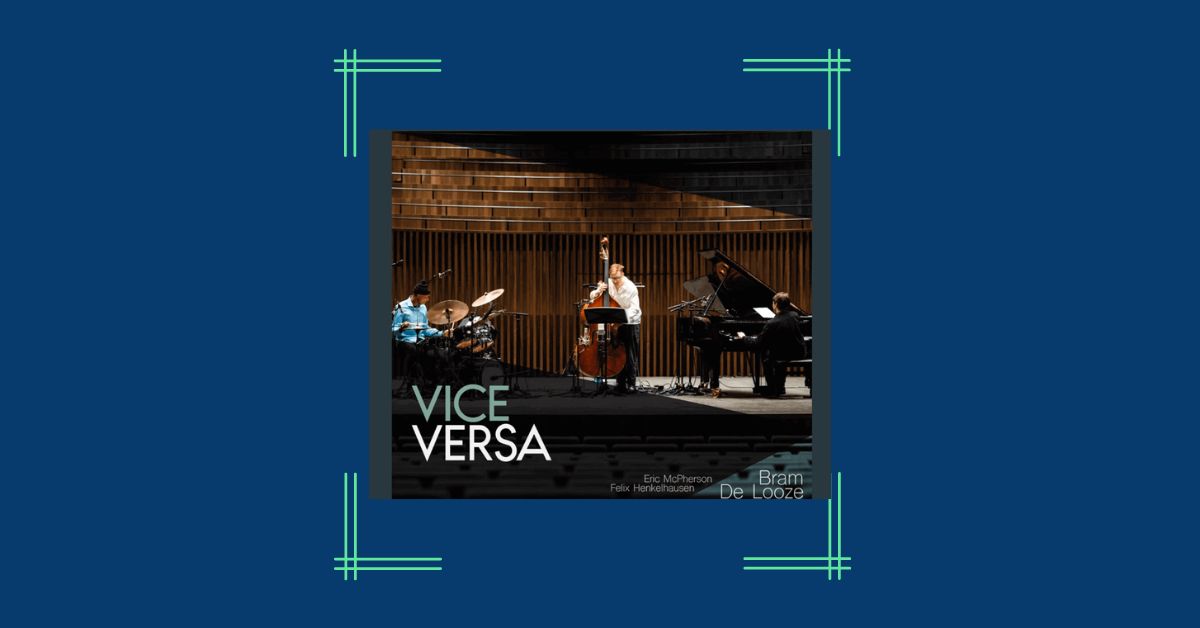 “Both (McPherson and Henkelhausen) are compositional masterminds with unlimited rhythmic inventiveness.” – from the announcement of the broadcasting hall in Bremen.

Top class jazz piano from Belgium, reminiscent of early Keith Jarrett with the range of variation of Bram de Looze. Born in 1991, with more than 12 recordings to date – he is already demanding something that we as an audience have not yet given him: our full attention – which this trio more than deserves with all its dynamism and all its quiet moments.

On Bram de Looze’s website: “A difference in dynamical range and clear tone by the piano’s parallel strings opens up a path to an approach with a different focus, which is not always possible with a standard piano. Through this way, the array of new ideas unfolds a sound platform in which the characters of the pianos are accentuated.”

For example, in The Sequel – the playing starts with ‘pp’ pianissimo, only to turn into a thunderstorm following the addition of bass and drums. The ballad Toubaka is groovy and catchy – led by a simple theme, they first seem to want to outdo each other in devotion, only to start a relaxed and dancing conversation. Very nice to hear how De Looze knows how to absorb the most diverse phrasing, acceleration and accentuation.

The interplay of Looze, McPherson and Henkelhausen is of extreme precision and of such a graceful coherence that it is to be hoped that they will present a few more recordings as a trio – Vice Versa is already a mature achievement, clearly conveying that De Looze knows how to reflect on piano playing.

Inside Jazz : “The choice of McPherson and Henkelhausen leads to an interesting musical synthesis where the spirit of traditional jazz language emerges during intuitive musical excursions within free improvisation and contemporary music.”

Allaboutjazz on Septych (2015): “De Looze’s lucid piano delves into abstract lyricism. Similar restraint manifests in “As Below,” (.) De Looze has created an unsettling knack for intriguing listening and augurs well for the future.”

The future is today, it can be said. Sounds like one should come to terms with it.

You can find out more about the artist and the album on the Bram De Looze website.