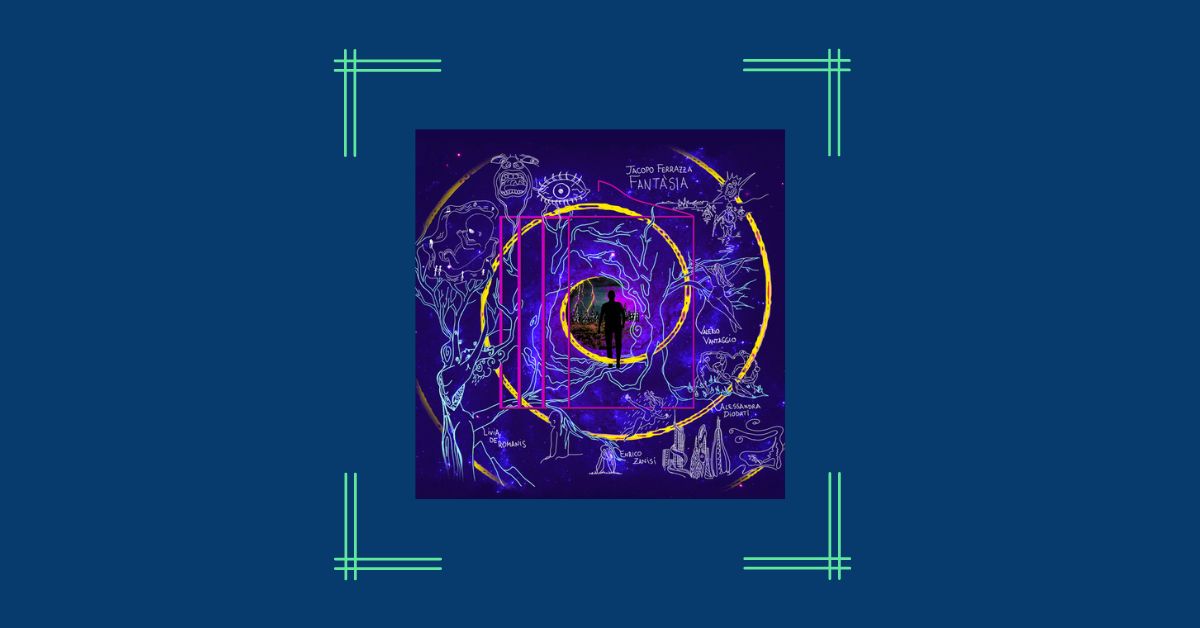 Jacopo Ferrazza was born in Frascati, a city near Rome. He is an acoustic and electric pianist and bassist. He graduated in classical bass and classical piano at the Conservatorio di Musica Licinio Refice, Frosinone (Licinio Refice Conservatory of Music).

The first jazz music he’d ever heard dates back to 1993 when his father took him to the Villa Celimontana festival in Rome, where he heard the Paquito D’Rivera orchestra. He has won numerous awards and accolades.

This, his latest work to date, is entitled “Fantàsia” and is created by Jacopo after his experience of playing solo on “Wood Tales” (2021). We could well say that it is a suite, made up of nine songs, all composed by Ferrazza. The album was born after two and a half years of hard work. The nine pieces are written especially for this quintet and reconcile acoustic music with electronic music; classical music, with jazz and electronic music – spaces seemingly distant from each other, but which find a fascinating synergy in “Fantàsia”.

The quintet is made up of musicians from different backgrounds: jazz, classical and experimental, all united by a strong friendship, respect and mutual respect. Ferrazza has nothing but praise for the quintet.

He shares the following thoughts of Romanis: “she is an extraordinary performer with a beautiful sound and great sensitivity” and of Diodati, he says she “is exactly the voice I dreamed of for this music. With her sensitivity and nuance, she manages to create the sounds that I had in my mind”.

Two guests also participate: Fabrizio Bosso on trumpet (1 and 4) and Marcello Allulli on soprano sax (9), who bring new textures to the sound of the quintet.

“Fantàsia” presents us with a surreal and dreamlike world that is nothing less than the description of a world full of sensations by Ferrazza himself.

Ferrazza is a leader, not a boss, of his own bands. He thinks of the group as if it were a soccer team, in his own words. He tries to give the musicians his all and make them feel like they really are a part of what they do together.And that translates into compact songs, where all the performers are integrated almost as a single instrument. This is already perceived in the title that opens the album and gives it its name.

You can also foresee a structure that is repeated in some of the themes: idyllic and metaphorical passages followed without interruption by sounds resembling an auditory maelstrom. This auditory flood is produced thanks to the synthesizers present in many songs, accompanied by Diodati’s voice (first recording experience), which goes from a childish tenderness to a devouring intensity.

“Old Souls” is a sample of all this. Other pieces are more restrained, even romantic, like “River Theater”. There is also room for songs that resemble a contemporary classic piece, such as “Land Of Time”. The lyrics of the songs also play an important role in Ferrazza’s compositions. One sample is “La Course” where he tells us about the thoughts of a World War II soldier, shortly before his death during the Normandy landings. A captivating song.

Jazz has a strong presence in this work, and it is very evident in the compositions titled “Blue Glow” and “Step by Step”. The album closes with “The Tree Of Life” in which a baby can be heard talking while the piano weaves the bed where Diodati’s voice reclines, to later fly along more risky and tense paths. The voice could be that of Valerio, Ferrazza’s son, to whom he dedicates the album with a beautiful phrase inside.

If I had to define the style of this album it would be: unpredictable. In the same song you can find completely different musical feels – all interesting in of themselves, and because of the contrast with what precedes and follows. Songs full of imagination.

The challenge of making sound worlds as distant as the concept of chamber music coexisting with electronic music and improvised jazz, has been achieved.

You can listen or buy the album via Bandcamp.